Rob and Mandy Everall purchased their wonderful property on Rakino Island in 2014. Rakino Island lies in the Hauraki Gulf, just beyond Motutapu Island and is a three quarter hour ferry ride from the Auckland CBD. There is no reticulated power so an off-grid system is the only access to electricity. 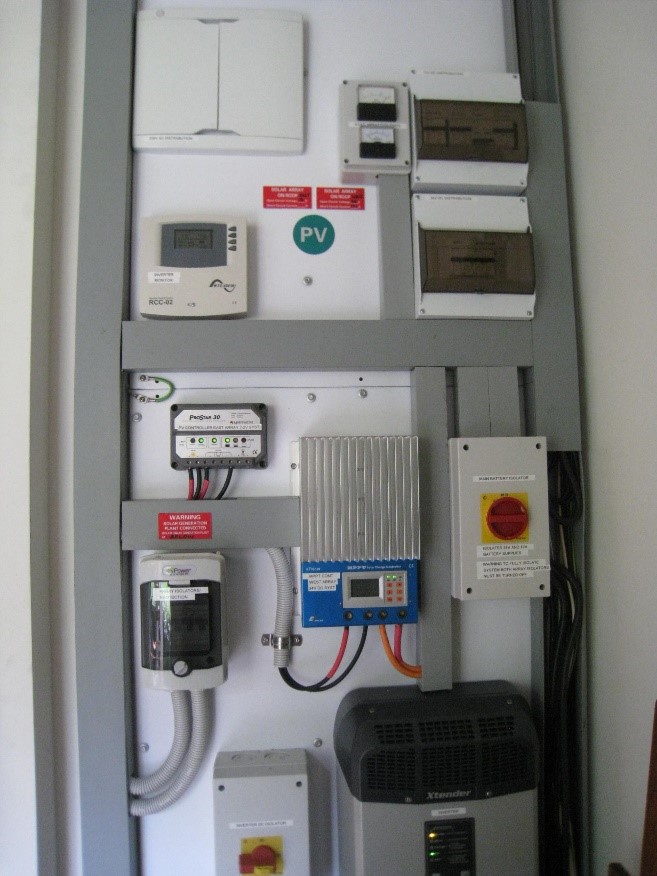 Rob and Mandy’s home had an existing 12V DC system that was in a very poor state and our first task was to lend them batteries until we got a system up and running. Rob had a budget that he was working to so the next thing to do was a load analysis and assess exactly how they were intending to use their holiday home. We then came up with an agreed solution that fitted within Rob's budget and commenced putting the project together.

Basically, the system included a new 1200Wpeak roof-mounted photovoltaic array, a Studer inverter/charger that provided a 230V AC supply and also enabled charging of the batteries via a petrol generator, and the complete upgrade of the 12 V DC system to meet current standards.

All work was then independently inspected and a Certificate of Completion and a Record of Inspection were issued to give Rob and Many the assurance that all work was carried out to the latest regulations and electrical standards.