100% Renewable Energy- Can it be achieved?

This is a guest post by Energy analyst Molly Melhuish.

100% Renewable Energy -It’s a great aspirational goal for New Zealand. Can it be achieved?

The Interim Climate Change committee has concluded that the Government’s goal of 100% renewable electricity is too costly. Their model indicates that power prices would be driven up by 39%.

A new approach is therefore needed. The goal should be 100% renewable energy in the sectors that use electricity. And we need a new measure of success – technical efficiency to replace “economic efficiency”. The latter gives precedence to the shareholder desire for growth in asset value, instead of peoples’ need for affordable energy services for health, comfort, and convenience, and the planet’s need to reduce harm to climate and the environment.

Solar energy has blasted onto the world energy scene, often costing less than new electric power stations, and sometimes less than power from existing stations. Electric power companies all over the world are fighting to preserve their asset values in the face of what they call “a disruptive technology”. 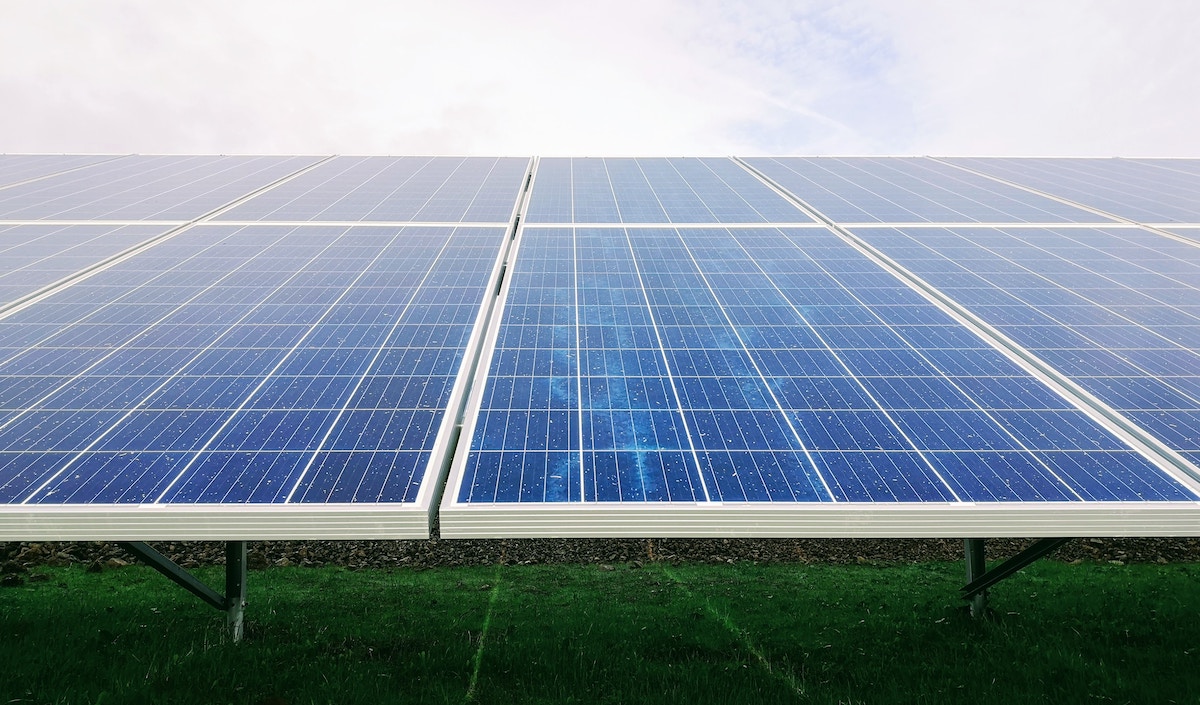 What’s happening is that the NZ public has allowed politics, deeply influenced by business lobbyists, to drive our energy strategy.

In contrast, a solar energy contractor designing a system for an off-grid consumer takes a completely different approach.

Your contractor would visit your house and discuss all the ways you could improve its energy efficiency. You change all lights to LEDs, buy a super-efficient fridge, change out other energy-hungry appliances, and ditch the beer fridge. You’d swap your electric stove for gas, and your old wood burner for a much more efficient one. Only then would your contractor design your PV system at the lowest possible cost for your much-reduced electricity demand.

Surely the same applies for a national energy strategy! New Zealand needs to change its measure of success, from the currently business-defined “economic efficiency”, to the time-honoured concept of energy efficiency – reducing the energy wasted by both users and suppliers, and reducing harmful emissions and environmental damage.

Only then would we build new power stations to supply essential electric services. Electric vehicles would take up much or most of the new power capacity – in MBIE’s scenarios they would take no more energy than the smelter uses now.  (~5000GWh/yr, check) 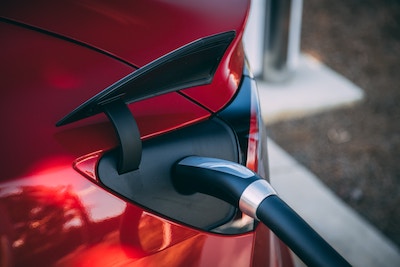 MBIE’s and Transpower’s scenarios have intractable problems. Transpower’s 100% renewable scenarios cannot supply the highest winter peak demands, especially in the rare dry years. MBIE’s scenarios are not 100% renewable electricity – they require some six to eight or more new gas peaking stations to supply winter peaks. These are becoming more troublesome as heat pumps penetrate the home heating market, because they are least efficient on the coldest days, even using extra electricity to melt the ice off their outdoor heat exchangers.

New Zealand’s energy strategists need therefore to copy the experienced solar installer. We need to look at the end-use of all our energy – in houses, shops and commercial buildings, businesses large and small, industries, and especially buildings such as houses, apartments, and hospitals and rest homes. It’s “Energy Efficiency First” – a slogan adopted by the European Parliament for its Low Carbon Strategy.

Indeed New Zealand’s first large-scale energy efficiency programme, Warm Up New Zealand, was greatly welcomed by those lucky enough to be able to take advantage of it. Former Prime Minister John Key was asked at a Grey Power annual conference, why he supported that scheme – he answered: “because taxpayers love it!”.

Efficient wood burning provides exactly the energy needs that are most difficult to supply from our centralised electricity system. Space heating still uses some 30% of household energy {check latest figures] and in 2005 wood burners supplied almost half of that.

Wood burning fits hand in glove with solar energy. It supplies the winter peak energy that is hardest for centralised electricity, while solar is most abundant in summer when it is needed to supply growing air conditioning and irrigation demands.

Energy storage is an increasing issue for an all-renewable scenario focussed on electricity – batteries are costly even as their prices reduce. Both solar energy and heat from wood can be stored as heat, far, far cheaper than battery storage. Winter energy is already stored as stacks of firewood for houses, and piles logs being dried by wood merchants. And extra energy needed for dry year events is going on all the time in the forests themselves - growing while you wait instead of sitting in possibly leaky gas fields and facilities.

The trick, of course, is to burn all the wood efficiently without polluting the air with dangerous fine particles (pm 2.5). We don’t need to suffer the smog disasters of the last century, still an issue today in valleys such as Masterton, Wainuiomata and central Otago. There are two answers, education and technology. We need both.

Any wood burner can smoke at startup, or continuously, through poor operation. Smoke is wasted energy. Local authorities and (more importantly) community energy organisations need to monitor smoky fires and find ways to educate their users.

Firewood merchants need access to kiln drying if needed to sell dry firewood. In fact, fires that smoke for only a few days a year won’t lead to the damaging buildup of fine particles in the body – it’s cumulative rather than acute exposure that does most of the harm. For the wood burners of persistent offenders, the authorities need to regulate to remove them. 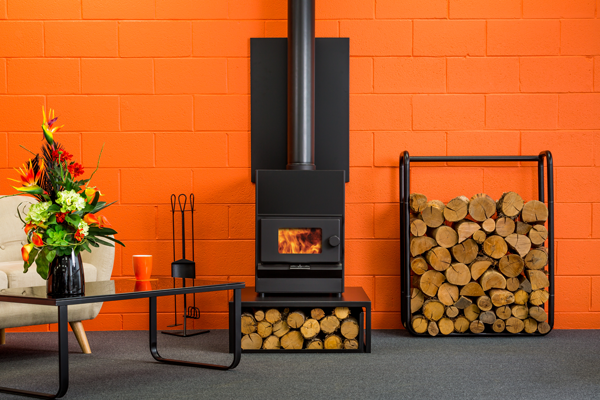 Technology is exciting. European countries have developed down-draft gasifying wood burners, mainly in order to meet their carbon reduction goals. Some of them are being imported here – but it appears that local authorities cannot approve them for urban use. Yet a downdraft gasifying burner built in a backyard was demonstrated to Environment Canterbury in 2002, measuring particle emissions a hundredth that of required in the wood burning standard. The wood burner standard was not modified to allow this to be tested – and the inventor can no longer afford the $40,000 for the test.

Most recently, a home-size gasifying burner is being developed which uses new technology, flameless combustion, designed to eliminate particle emissions, and cut nitrogen oxide and carbon monoxide pollution to effectively zero. New Zealand should be putting sufficient research and development funding into such projects, to allow efficient wood burning to take its proper place in New Zealand’s energy market.

The electricity industry needs to adjust to make best use of these technologies instead of fighting them. Fair pricing is the key to this. Prices to residential and non-residential consumers need to be high when the centralised power system is under stress, and low when solar or wind energy are in surplus. Batteries need to store photovoltaic energy for use in the evening- but storing hot water is cheaper and sufficient for many heating applications.

Pricing for electric vehicles needs to allow daytime charging – so an owner’s rooftop electricity can be sold to an outlet in the parking building in town. Such pricing systems require a great deal of development by electricity network companies and the electricity regulator, to enable people to buy and sell to each other directly instead of through the centralised system.

The industry’s desire to get rid of the “Low Fixed Charge regulations” suppresses competition from local energy services. It allows per-kilowatt-hour charges to be reduced so consumer investments in energy efficiency and solar become uneconomic. At the same time, it makes every consumer pay a dollar or two or more per day – it protecting the revenues of the monopoly-like electricity businesses.

Instead, pricing and regulation – and strategy – need to drive improvements in the technical efficiency of New Zealand’s whole energy system. Energy Efficiency First is the basic principle – as it is for the designer of your off-grid photovoltaic system.

In conclusion, solar energy goes hand in glove with wood for heating. New Zealand does not need to build a 100% renewable electricity system to meet its low carbon goals. What we need is to waste far less energy, and use a wide range of distributed energy sources to meet energy demand over various weather regimes.

This means a diversity of energy sources – wind and/or solar, wood and even biogas – and appropriate strategies to store energy as batteries, hot water, and firewood. It requires some (not all) consumers to be willing to adapt their electricity use to the time of day when electricity is cheapest, rewarded by lower power bills. It requires a return to a Warm Up NZ scheme to insulate houses – making our housing healthier and more affordable.

Energy Efficiency First should underly all New Zealand’s energy investments of the future. Taxpayers will love it!