Businesses around the country are rushing to generate their own electricity

Misco Joinery in Kaiapoi today joined a raft of companies around the country reducing their emissions and reaping financial rewards by generating their own energy from the sun. 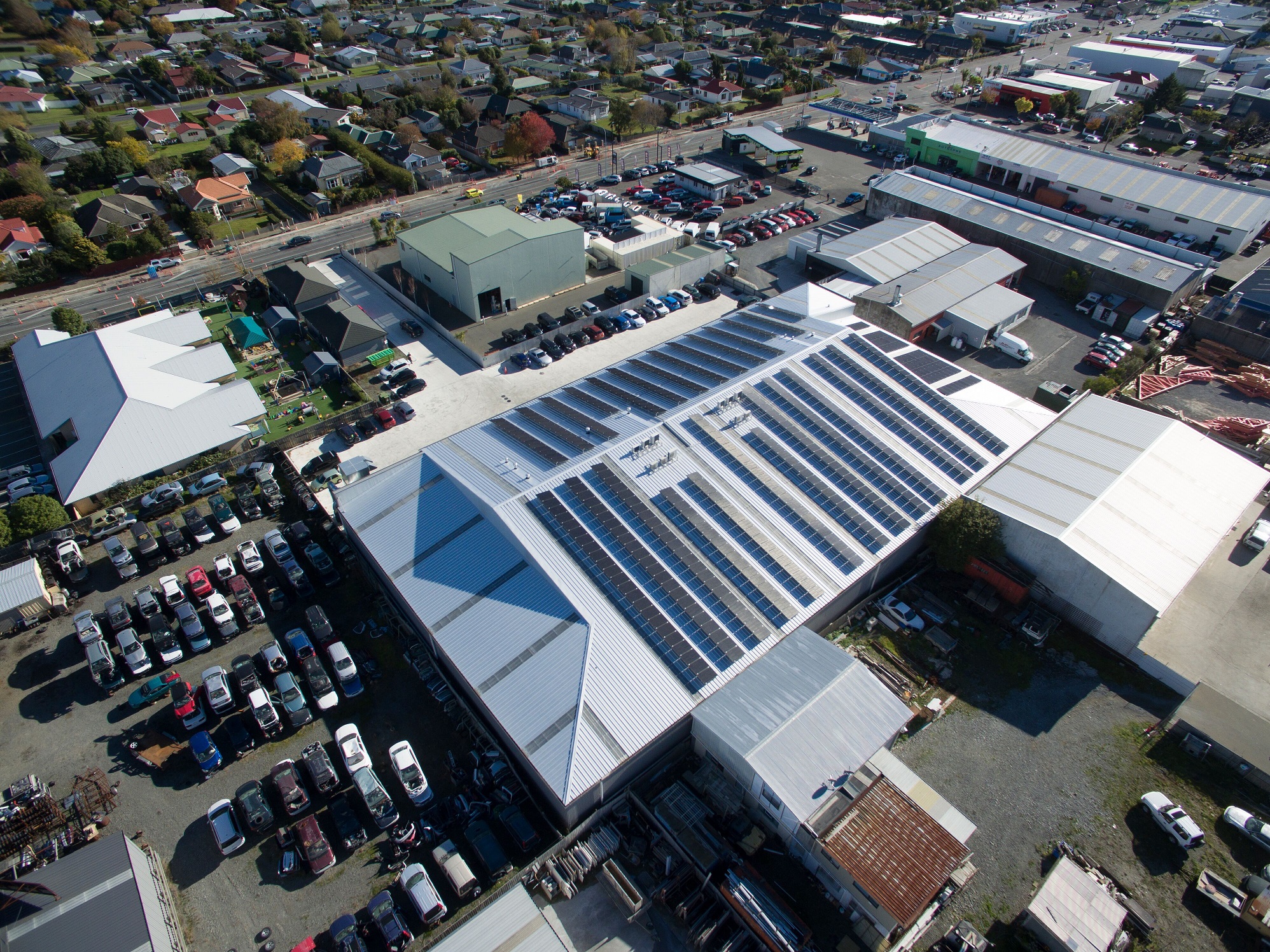 The 153 kW system has 535 Solar panels and will generate the equivalent of 27 average households, around 65% of the joinery factory’s total energy consumption.

Misco Joinery have incorporated many other energy-saving features into the new factory such as double glazing, high-spec insulation and LED lights.

Misco Joinery Director Glenn Colenso says the company opted for the installation in order to maximise their large, empty roof. “We have a huge roof that was not doing anything, and when we looked at the return on investment it made perfect business sense to install solar panels up there,” he said.

SEANZ Chair Brendan Winitana says “The Misco Joinery initiative is a great example as it will provide an estimated 16.1% return on investment for the company.

“We are seeing increasing interest in medium to large commercial systems because it makes sense on many levels, it makes sense financially, provides differentiation and a competitive advantage in overseas and local markets, and allows companies to do their bit to combat climate change.

“Along with Misco Joinery’s installation by SEANZ member SkySolar, others are busy with projects such as a 300 kW system for publicly listed NZ multinational Comvita, 61 kW for the Zespri Headquarters, a couple of systems for Mainfreight Distribution Centres, several solar farms over 1MW under non-disclosure agreements, and numerous other 30 to 100 kW sized systems being built on dairy farms, warehouses, resorts, supermarkets, schools, petrol stations and other businesses around the country.

Glenn Colenso, says that Misco Joinery is planning to share its energy via redistribution, thus benefitting local organisations in need. “We are still in the early stages of discussion, but the plan is to support a community-based project or charity if we can.”