OPINION: Electricity prices in New Zealand were five times higher in October 2018 than they were over the previous five years.

This article from SEANZ member Infratec was originally published on Stuff. 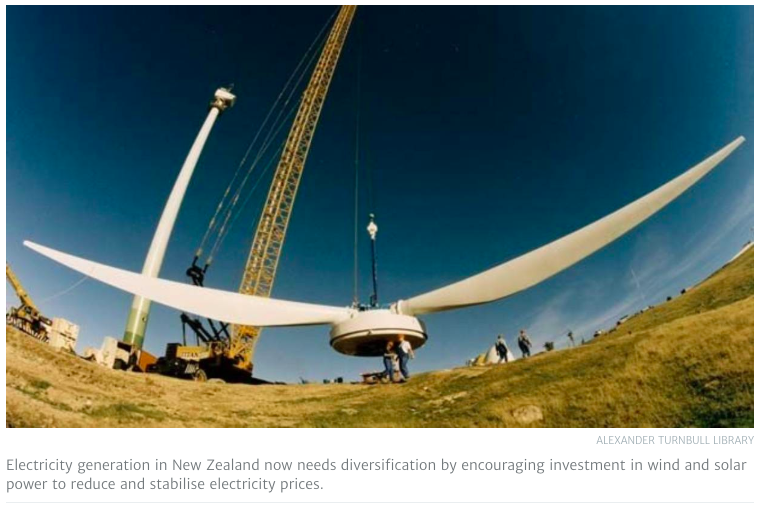 Electricity prices in New Zealand were five times higher in October 2018 than they were over the previous five years.

That's a shame when New Zealand has just completed an electricity pricing review that identified energy poverty as a key issue.

And all this when there is a simple solution to prevent these price spikes from happening.

It's well known that electricity prices in New Zealand rise when there are either low water levels or gas shortages; and this is exactly what is happening right now.

Electricity in our country mostly comes from hydroelectric plants, with the other noteworthy sources being geothermal, gas and coal.

In our opinion, electricity generation in New Zealand now needs diversification by encouraging investment in wind and solar power to reduce and stabilise electricity prices. In short, it's time to stop importing coal from Indonesia.

Wholesale electricity prices spiked in October 2018 due to low hydro reserves and issues with gas supply.

New Zealand is in the perfect place to take advantage of established renewable energy technologies. 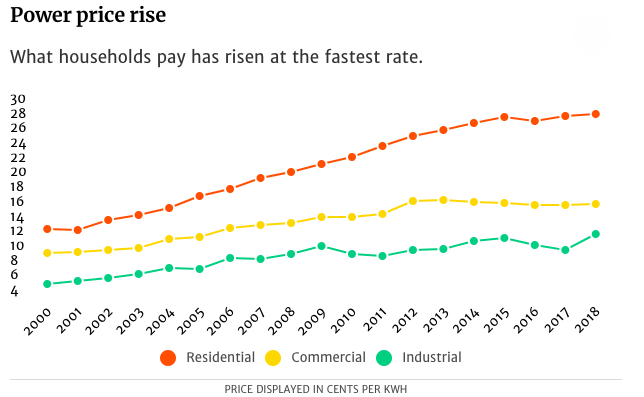 In return, electricity generated by turbines and solar panels slow down the rate at which the reservoirs are emptied and keep the dams full for longer. European countries are fighting to install millions of batteries to balance renewable power - yet New Zealand already has a 'battery' resource almost ready to go in its hydroelectric stations.

From a carbon and cost perspective, wind, solar and hydroelectricity are a good bet. It's no surprise that with present price falls that solar makes a good investment for Kiwi homes and businesses.

So if wind, solar and hydro are so complimentary, why are they not being built by traditional generation companies? It's well known that solar and wind prices are falling around the world but those cost savings are not presently being translated into power station size projects in New Zealand.

The reasons for this are, in our opinion, a lack of recognition of the commercial environment needed to encourage investors. 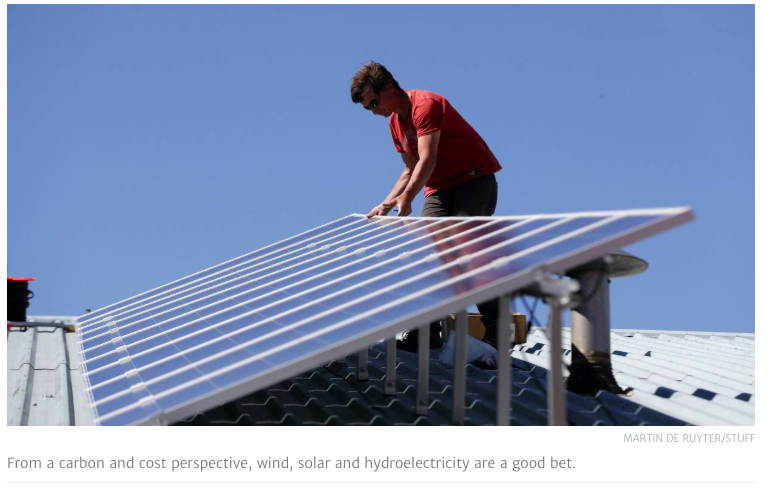 As a result of this, it is often the cost of finance and the risk appetite of investors that can bring projects to a point of financial viability. In order to encourage investment, you need to tell developers the price you are willing to pay and provide developers with contracts which specify their revenue for as long as their wind turbine or solar farm is in operation.

This has been proven around the world, notably in Europe, where price certainty has been shown to drive down costs and encourage investment in renewables.

In the UK, a floor price for wind (which was led by Government) gave strong signals to investors and developers which brought costs of offshore wind turbines to a point where they are comparable with gas power stations.

The policy could also, by a neat consequence, reduce the chance of future price rises if it commits generators to fixed prices for decades. That is something that would be welcomed by consumers and investors.

The UK recognised that to get wind farms for a low cost, they had to name their price, encourage competition and back that with long term contracts. They used the market to the advantage of all consumers.

Wind turbine manufacturers responded with the confidence to boost the scale of manufacturing, improve technology and find cheaper money in order to bring prices down. It was a simple policy that recognised the strengths of both market and the power of good Government.

Are we talking about a renewable subsidy? No. In the UK, price parity, or the point at which a renewable technology is commercially viable without subsidy was ultimately achieved through creating the right market mechanism.

We don't need subsidies here as they have had their day around the world. What we need is an intelligent, government backed market pricing mechanism that encourages price certainty, and there are numerous examples from around the world to draw from which show that is the right way forward.

Over the last 12 months, 17.5 per cent of British electricity has been generated by wind turbines and solar panels which was enough electricity to cover more than 110% of New Zealand's annual electricity needs - and that's in a country with a comparable land mass and a much higher population density than New Zealand.

Wind and solar are mature technologies and it's time for New Zealand, like the UK, to reap the rewards of them.

So who should create these opportunities for investment? We are looking at Government to make the difference through quick, decisive and well managed policy decisions. 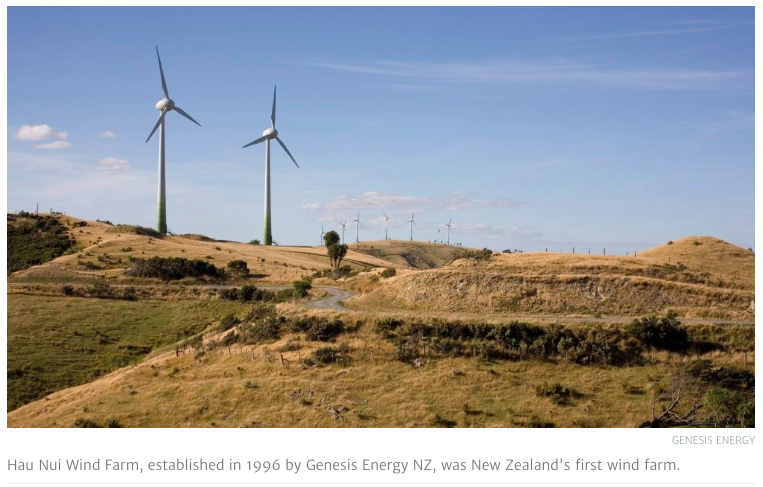 If we are serious about zero carbon, then we need to back renewables including wind and solar.

If we get this right, doing so should mean cheaper power and price stability. Today our country pays higher prices when there is not enough water. I'd like to see a system which only costs us more when there is no water, no wind and no sun- which in New Zealand never happens!

For a country with so much natural resources, this is a completely avoidable situation and consumers deserve better. This government is making excellent progress in addressing the low carbon economy, but an easy win, sitting right in front of them, just needs their leadership to make it happen.