The Australian Energy Regulator has reminded the country’s electricity networks that they should factor in the multiple benefits of rooftop solar to the grid when looking to determine the cost of investments needed to increase the ability to absorb Australia’s booming rooftop solar uptake.

The Draft distributed energy resources (DER) integration expenditure guidance note – which is seeking feedback from stakeholders ahead of a final document – comes as network companies grapple with voltage and thermal constraints of a grid that was not designed for the two-way flow of power.

Currently, DNSPs’ (distribution networks) favoured solution to the challenge of managing increasing amounts of distributed renewable energy generators has been to set strict limits to the amount of rooftop solar power that can be exported to the grid, including zero in some cases. 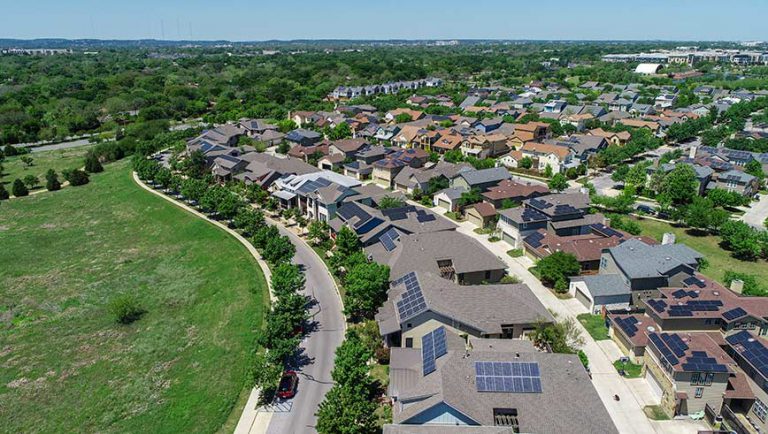 But this is only a stop-gap measure. Future network-based solutions will range from basic grid upgrades, to the establishment of dynamic operating envelopes – where import and export limits can vary over time and location, to the installation of community batteries.

And while DNSPs weigh up the costs of these investments – and how much of those they can pass on to consumers – the AER seeks to remind them these costs must be weighed against the many benefits distributed solar and storage, and soon electric vehicles, can and will deliver to broader grid.

“As DER penetration levels increase and customer expectations with respect to DER use evolve, network businesses have proposed to invest in projects aimed at increasing hosting capacity and supporting a broadening range of DER services,” a lengthy explanatory statement accompanying the AER draft document says.

“A number of distribution network service providers (DNSPs) have prepared business cases to justify DER projects on an economic basis. This justification requires quantifying DER benefits, not just to the network in question, but to the broader electricity system, including the impact DER can have on the wholesale electricity market.”

In terms of wholesale market, the draft note confirms the more obvious fact that the consumer-driven uptake of DER, to date largely rooftop solar, has helped to reduce the overall cost of supply faced by all consumers, taking power prices down to levels not seen in years.

“Increased DER generation substitutes for generation by marginal centralised generators, which may have higher short-run marginal costs, in the form of fuel and maintenance costs,” the document says.

Further, it adds, consumer investment in DER reduces the need for investment in new or replacement centralised generators and can assist in the smooth operation of the grid by providing essential system services such as frequency control (FCAS).

But this is by no means where the benefits – and value – of DER ends. Rather, the AER points out, DER offers a range of network-specific benefits that DNSPs should be factoring in to their investment equations and, in effect, subtracting from the total cost.

Or, as the regulator puts it: “Where a DNSP quantifies … a benefit associated with a DER integration investment, it should demonstrate that its augmentation expenditure forecast has been adjusted in a consistent manner.”

So what are these network benefits?

“DNSPs may quantify these benefits where the proposed investment to increase hosting capacity leads to changes in other parts of the network where: peak demand is not growing over time at the relevant network asset; peak demand coincides with times when DER exports are enabled; network asset longevity can be improved by reducing loads.”

4. Improved reliability
“DER can supply individual customers and/or local networks after network faults, where it can be islanded, reducing unserved energy and outage duration,” the draft says, adding that this is only quantifiable if theDER in question enables an increase in flexible energy generation and/or flexible capacity, and where batteries are included, such as in VPPs and microgrids.

“Specifically, this value stream may be quantified where: The proposed investment includes or incentivises additional investment in battery storage (which would otherwise not be installed); the additional battery investment is able to be islanded during a fault; outages of up to a few hours are common.”

*Environmental benefits
According to the AER, this is about the benefits of avoided greenhouse gas emissions due to additional DER. Of course, “these can only be quantified if there is an identifiable tax, levy or other payment associated with environmental or health costs which producers are required to pay or where jurisdictional legislation directs DNSPs to consider the impact of these externalities and has provided a value that is to be used.”

The guidance note goes on to say that “renewable energy targets and/or a potential carbon price for generators should be incorporated into the DNSP’s calculation of wholesale market benefits. If there is a jurisdictional requirement to consider the price of carbon, the DNSP should calculate the carbon benefits associated with its proposed investment.”

**Intangible benefits
According to the AER, these might include such consumer benefits as “a sense of empowerment, autonomy and resilience,” which could serve as motivation for consumers “to pay a premium to invest in DER or accept reduced revenue from their DER investment.”

While the Regulator acknowledges that some customers may value these intangible (or non–monetary) benefits, it says DNSPs should not include them in their investment calculations. “In line with the RIT–D principles, credible options should maximise the present value of the net economic benefit to all those who produce, consume and transport electricity in the NEM,” it says.