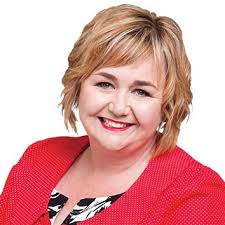 Climate Change and Energy appear to have been elevated in the caucus, a move welcomed by SEANZ.

The announcement of a “full-scale review” of retail power pricing could bring welcome outcomes and we will be watching with interest. SEANZ has long advocated that businesses and households with Solar PV need better pricing signals for grid-supplied power to shift their loads from peak times to during the day when the sun is shining. Load shifting using Solar PV and battery storage or EV batteries will ensure network operators are getting the right feedback about requirements for the future network and ensure they make investment decisions which will benefit consumers and the country as a whole.

As part of the coalition agreement with the Green Party, a Climate Commission will be established and tasked with preparing a plan for the electricity sector to be 100 percent renewable by 2035 (in a year of normal hydrology). SEANZ believes solar pv, battery storage and related tech have a strong role to play in making this goal a reality.

The announcement that has possibly captured the most public interest is the Green Party policy to investigate putting Solar PV on all schools. Schools are the perfect place to install solar because they consume all of their energy during the day and can, therefore, maximise the financial benefits.

A solar system installed on a school in New Zealand would be paid back within 7 years after which time the savings made on the electricity bill could be diverted into better learning opportunities for students so SEANZ is urging the Government to think big.

As a case study, Pegasus Bay School (New Zealand's first net-zero energy school) produces as much energy as it consumes. Pegasus Bay has an 86 kWp system predicted to save the school $28,000/year which based on today's pricing would have the system paying for itself in ~7 years. Another example is Peria School in Northland with an expected payback period of 4 years.

If every school in New Zealand were to install a 25 kwp system then the cost would be ~$150m and this is the scale that the government should be investigating.