Virtual power plants could be pathway to decarbonization

This story was originally published on ABC News

The Biden administration has set a goal for a net-zero carbon economy by 2050 as part of its plan to address climate change.

One way to get there may be with virtual power plants.

A virtual power plant, or VPP, uses software to better control renewable electricity generation -- a process which can often be volatile on the electrical grid.

"Instead of having all these disparate forms of variable generation, the purpose of the virtual power plant ... is to transform those into something that can actually replace a power plant," said Blake Richetta, chairman and CEO of Sonnen Inc., a battery developer. 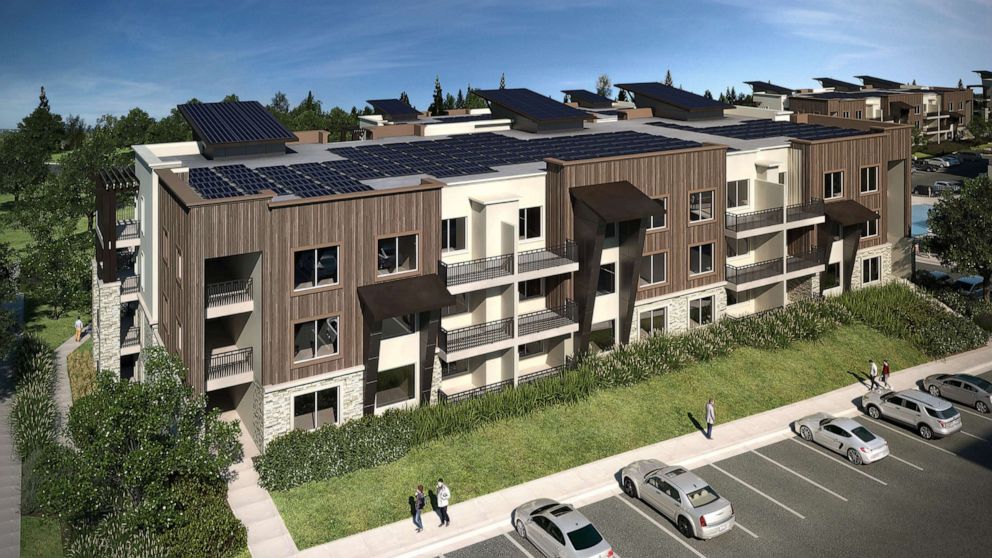 One of the major parts of a VPP is managing the load, or amount, of electricity entering the grid. In the past, with a traditional power plant, there was a consistent amount of energy that could be released. As more solar and wind farms start producing electricity, that load could become inconsistent, which could lead to periods where generation doesn't match demand, or demand doesn't match generation, the experts who spoke with ABC News explained.

"If you can flatten those spikes, if you can balance the load in the grid, you can make the grid actually operate in a decarbonized and lower-cost manner and you can bring renewables online," said Richetta.

Wasatch Energy Group and Sonnen have teamed up to develop residential VPPs in Utah and California.

The first was the Soleil Lofts, a new 600-unit solar and storage residential community, outside of Salt Lake City in partnership with Rocky Mountain Power, the local utility. The project can store 12.6 megawatt-hours in batteries produced by Sonnen, the companies said.

"It created this product that benefits all of the strategic stakeholders, including the tenants in the building because they get a battery that is resilient. They have backup power, they have renewable energy. They have all these great things that benefit them as a resident, free of charge," said Ryan Peterson, president and managing partner of Wasatch Energy Group.

The two companies are now working on a new project: a fleet of VPPs across California that will eventually equip 3,000 residential apartments with a total of 60 megawatt-hours of storage and over 24 megawatts of solar power upon completion, they say.

The first part of the project is called Heron Pointe, a 417-unit community in Fresno, California, that is designed to have four-megawatt hours of storage and 1.85 megawatts of solar power. Unlike the Salt Lake City project, this one will be a retrofit of apartments already owned by the Wasatch Group, a real estate company that is the parent company of Wasatch Energy Group.

In the community, each apartment will have solar panels on the roof, along with batteries in the units. There will also be a larger solar array on a community center and clubhouse.

The two companies said they have had conversations with major California utilities about the project.

"If we can prove the scientific thesis that this VPP can be helpful to the energy system and all ratepayers and society in total, and it can also be helpful to the utility company, then they could potentially embrace it even more and try to expand their battery program to other projects and other applications," said Richetta.

Similar to the Salt Lake City project, tenants in Fresno will also get a discount on electricity prices, along with the ability to have electricity if utilities shut off power during the wildfire season, according to Peterson.

"In California, you've got some pretty big benefits around backup power, especially in these high-risk fire areas. And it's hard to put a price on that because a lot of people want that resilience in their home," said Peterson.

The project also will allow people to have solar and storage who may not typically be able to afford it, said Richetta.

"There are low-income tenants in Heron Pointe. It's a disadvantaged community, the state of California certified it as. And these are folks that are not signing PPA's [Power Purchase Agreements] or taking solar loans or buying solar and batteries with cash," Richetta said.

Though they have done both new builds and retrofits, Peterson says the latter is the model they will likely use in the future. The only limitations he said, is raising the money needed to build at scale, working with utilities and finding other non-Wasatch owned properties to build on.

Richetta said he thinks the key to growing VPPs is working with utility companies.

"They have to benefit from this. Everyone needs to benefit from it. And that's really why this VPP model needs to work. And I think it will work because of that fact alone that we work with the utilities," said Richetta.